Product was successfully added to your shopping cart.

SAVE UP TO 50% ON CLOTHING HERE

You have no items in your eco basket.

Not sure what the hype is about hemp clothing? Read on to find out more… 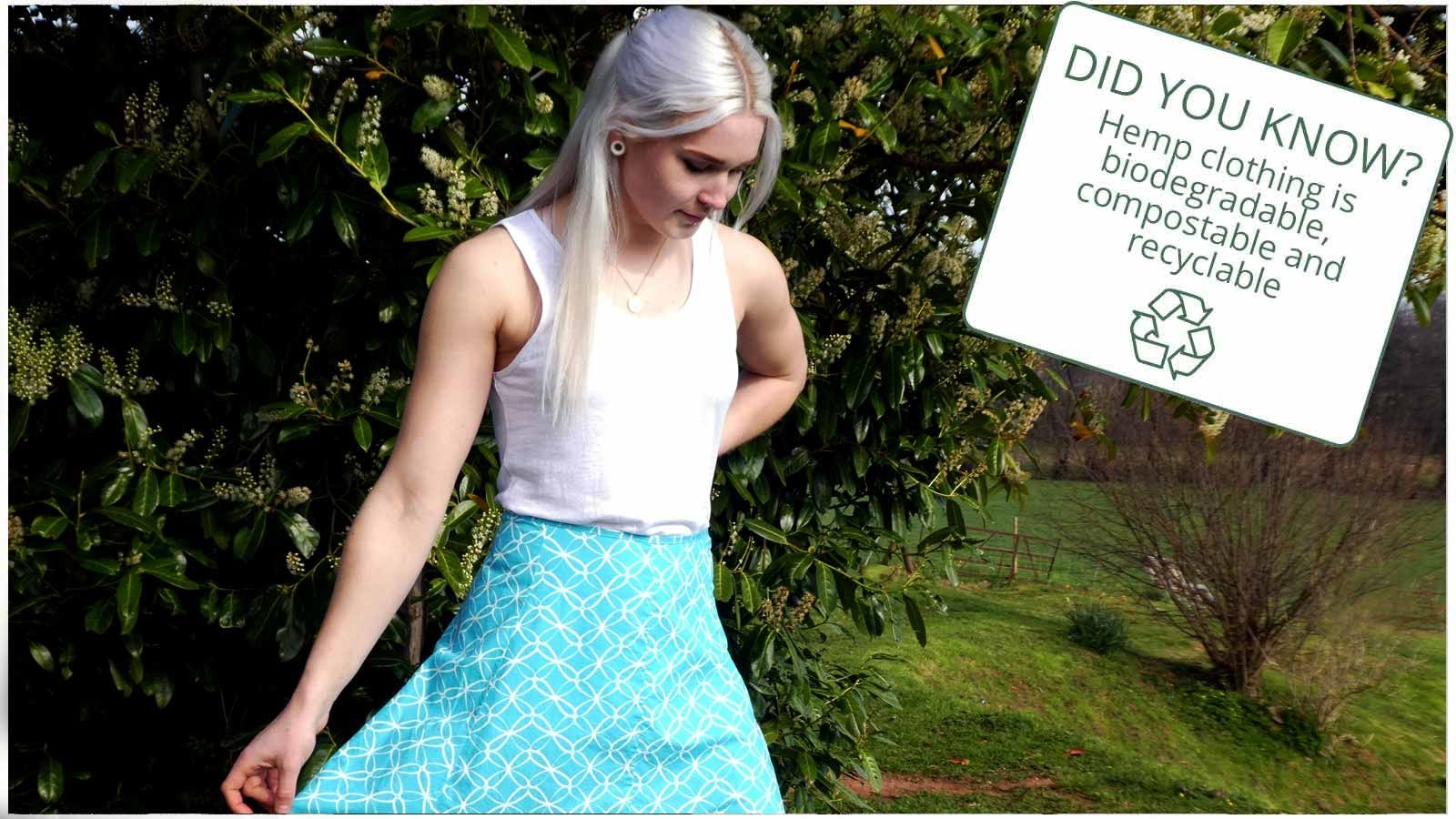 Hemp is a sustainable, eco-friendly and ethical solution to the worlds clothing needs.

Due to its historical and biased association with marijuana, hemp was for a long time associated with long haired hippies and/or an itchy sackcloth-like fabric. But no more! Naturally akin to linen in look and feel, organic hemp fabric can be soft like silk, drape like linen and snug like fleece. It is as versatile as cotton and as durable as canvas - all produced in the most sustainable and ethical way possible.

Of all the sustainable clothing fabrics available on the market, hemp is the most eco-friendly choice. Some manufacturers of synthetic fabrics are working hard to improve their carbon footprint, but their reliance on chemicals throughout the manufacturing process, makes them harmful to the environment. Although organic cotton is significantly better for the environment than its non-organic counterpart, neither compare environmentally or in terms of quality, to hemp. What makes hemp so great?

Thermodynamic! It keeps you warm when it’s cool and cool when it’s hot 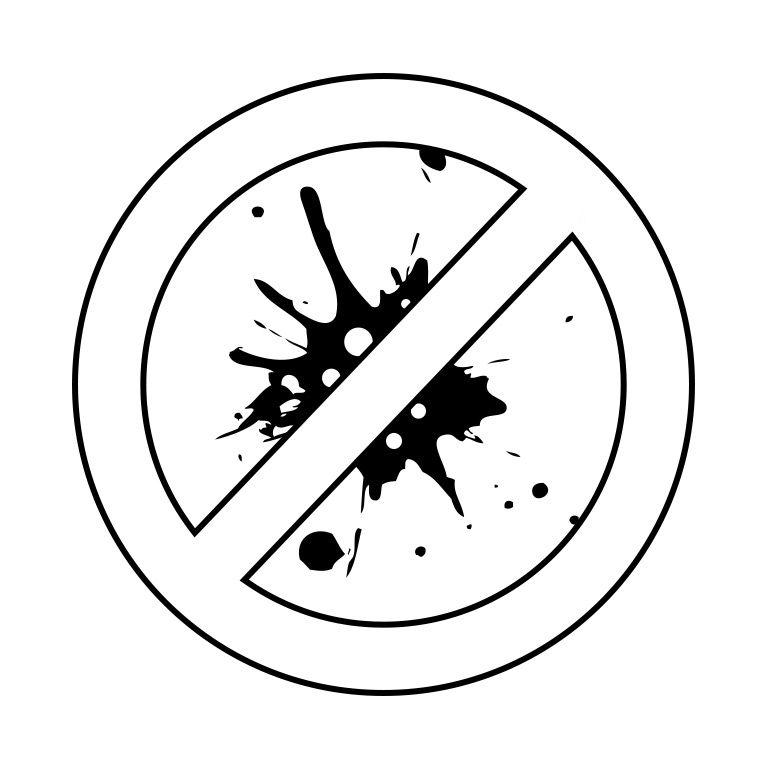 It is antibacterial, anti-fungal and anti-allergen

Hemp’s hollow shafts mean it is breathable and also insulating

It is the worlds only naturally UV resistant fabric!

Hemp is an extremely durable, hard wearing fabric. 5x the tensile strength of cotton and 3x more durable. It also gets softer with age.

Hemp is a highly absorbent fabric, meaning it retains the colour and quality when dyed, much more than cotton or linen 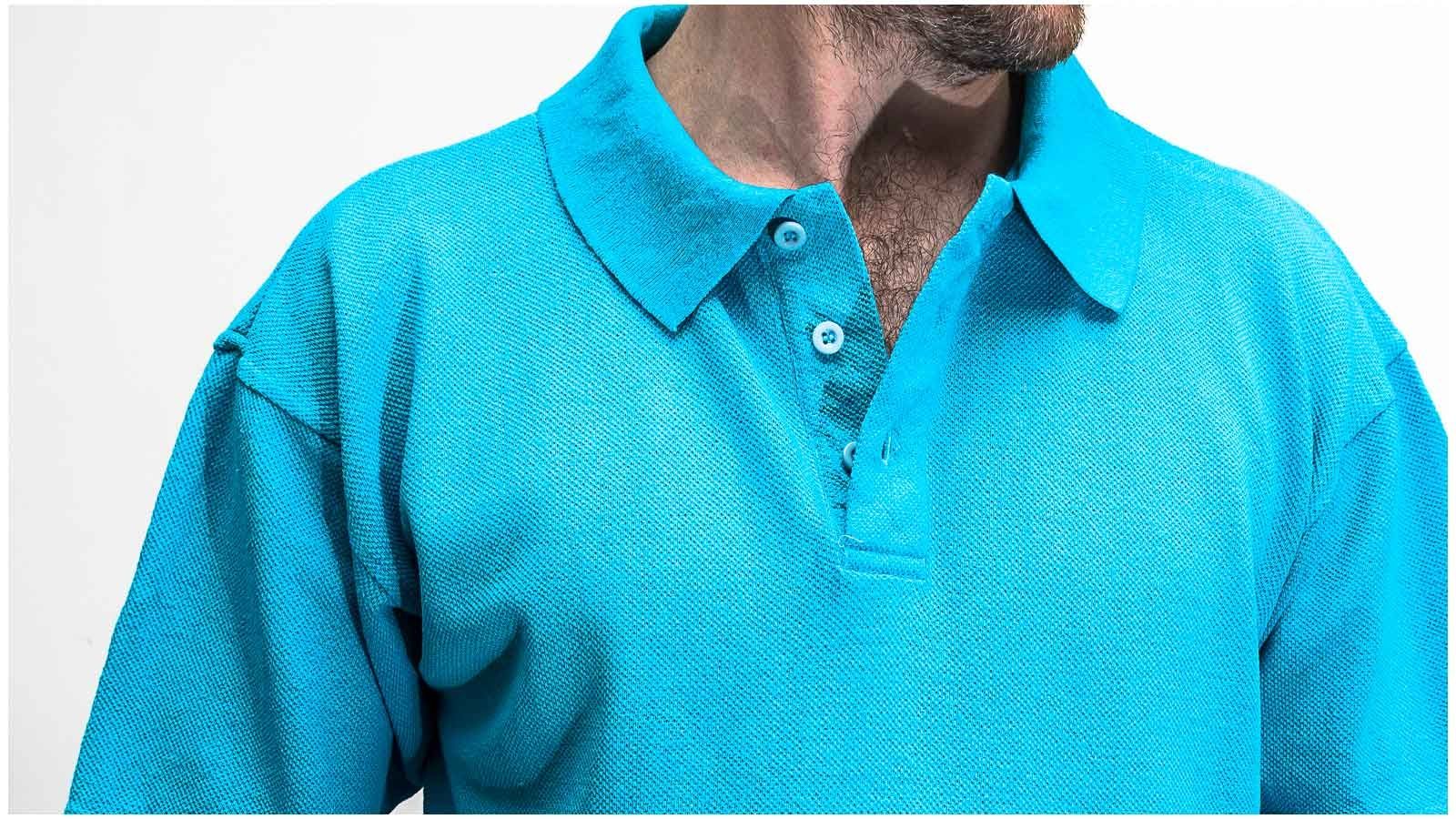 Not sure how hemp compares to other clothing fabrics?

Here’s why you should choose hemp

There are two different types of bamboo yarn available - viscose bamboo and natural plant bamboo. Unfortunately, 99% of bamboo fabric used in clothes production is the viscose variety and only a tiny amount is the pure 'bast' plant fibre version. Viscose bamboo is an extruded fibre made from cellulose extracted from bamboo. This is a chemical process. So although the bamboo plant yields large numbers of fibres and can grow multiple crops a year, unfortunately the amount of water and harmful toxic chemicals required to create fabric from the plant, mean it’s not as eco-friendly as commonly perceived.

Like hemp, cotton is a versatile plant. It is used in a huge amount of clothing and fabric production. Unlike hemp, however, cotton is a very intensive plant to grow. It requires huge amounts of water: up to 20,000 litres are required to produce a pair of jeans and 3,000 litres for a single t-shirt. Although it is a natural fabric, because of its susceptibility to pests it requires a huge amount of pesticides and insecticides to grow successfully. These chemicals seep into the groundwater surrounding the cotton plants and then enter the local water system, harming wildlife and plants. They also corrode the soil, making it difficult to grow good quality plants to the same yield next time. They also cause health difficulties to the workers in charge of managing these crops, causing cancers and sometimes death due to the toxicity of these harsh chemicals.

Although organic cotton doesn’t use any of the harmful synthetic pesticides, herbicides, insecticides or fertilisers that its non organic sister requires, it still requires a great deal of water. However, unlike regular cotton, it is not polluting groundwater, killing local wildlife or harming workers which means it is a more environmentally friendly choice.

Synthetic fabric revolutionised clothing production in the early 20th century. The low cost of this cloth allowed for mass produced clothing to be sold for small sums of money, encouraging shoppers to buy more clothes at cheaper costs. This is bad news for the environment because the base fibre of synthetic fabrics such as polyester and nylon is fossil fuel oils, which not only contribute heavily to global emissions, but also require large polluting chemical inputs during processing and finally it creates astonishingly vast amounts of microplastics.

From the moment hemp is planted, it begins a process known as sequestering. 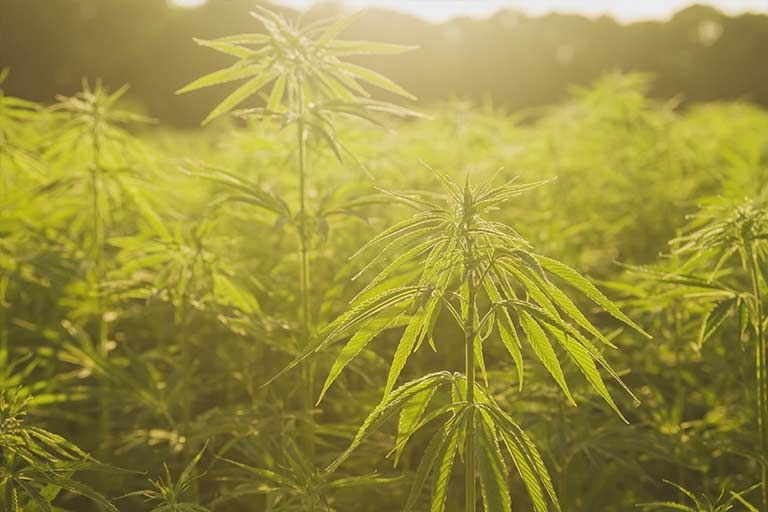 This means it stores high amounts of carbon from the atmosphere, it absorbs a greater amount than it emits during it's growing cycle. 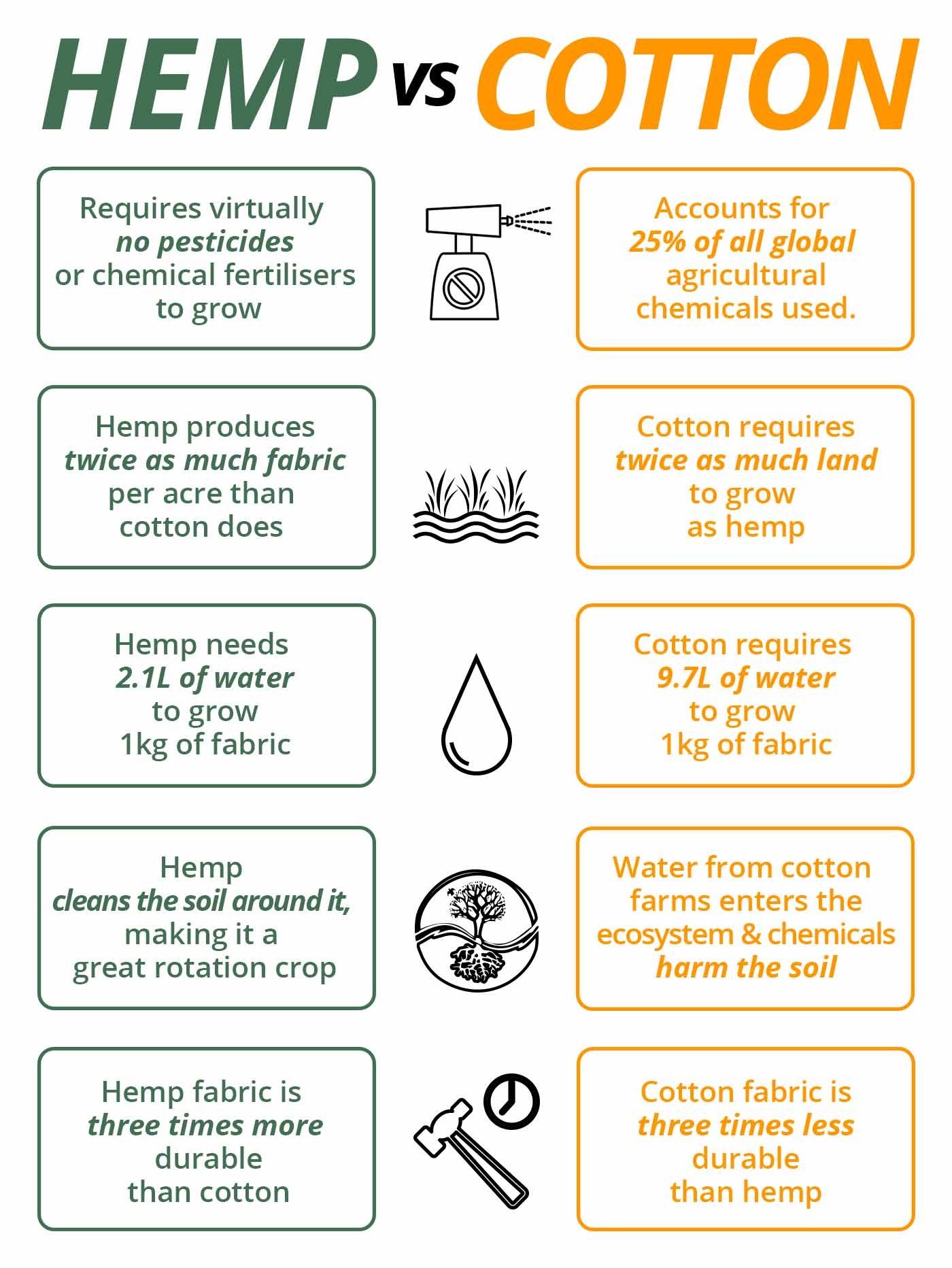 What makes hemp so great?

Learn more about the production process

Once a hemp crop is harvested, the soil is almost immediately ready for the next crop. Because hemp is so good for the soil it doesn’t require the same amount of mechanical preparation as every other agricultural plant, so before it is even put in the earth it is better than most plants for the planet!

Once sown deep enough so it doesn’t act as bird food, the maintenance of hemp is minimal.

Because Hemp grows so quickly it dominates any other weeds surrounding it, while its pungent smell keeps parasites at bay, making the need for pesticides and insecticides minimal to none. Hemp also doesn’t require weed killer. This low maintenance crop therefore keeps fuel use in tractors especially low.

So, farmers can predominantly leave hemp to do its thing. It grows incredibly tall - up to four meters in a very short amount of time - three to four months - before it is ready to be harvested.

Once the hemp is ready it goes through a process known as retting. This involves chopping the stems from their roots at the bottom, then laying them on the ground, allowing bacteria to help separate the inner woody core from the strong, sturdy fibres.

Similarly to cotton and wool, these fibres are then spun into a durable yarn which can in turn be woven into fabric, independently or combined with other fibres such as silk or organic cotton.

Not only is hemp kind to the soil, it also absorbs more carbon than it emits making it a carbon neutral/positive fibre and eco-friendly organic fabric. It also requires a minimal amount of water to grow, particularly compared with cotton. And because it is such an absorbent fibre, it requires less water to dye the fabric to a higher quality standard.